Stay indoors! Stock up on food and supplies! By all means, stay off the roads! By now we are used to these messages after the devastating blizzard conditions brought on by winter storm Jonas last week. Jonas is one of many strong winter storms predicted this winter due to El Nino conditions in the Pacific. The epic blizzard created black ice, heavy snow conditions and forced people off the roads across the eastern seaboard. In the US, the storm contributed to at least nineteen deaths and stranded thousands. Some locations still lack power and flights were still being canceled days later. Heavy snow caused Washington DC to declare a “snow emergency”, closing its transport system over the weekend, and New York City banned all road travel, cancelled bus services and shut above ground parts of the subway.

Incidents like this get you thinking, what could have been done to prevent this catastrophe? We can’t prevent storms from occurring, but we certainly can be as prepared as possible to prevent loss of life and property. Accurate forecast models and localized weather instruments tell us when the storm is coming and what is happening right then and there, but they are limited in the predicting the extreme local effects of icy city streets and traffic conditions.

Washington DC and New York City may be under ice, but some US cities and states are making positive moves to prevent weather related traffic problems before they happen. Winston Salem and Forsyth County Schools in North Carolina deployed five of the Lufft mobile road weather sensor MARWIS into school buses and local fleet vehicles in order to capture real time road condition data that gets ahead of the models. School closures due to road safety are nothing new, but now decision makers can “back up their decisions with science” using MARWIS. “It’s a lot better than looking out the window and guessing,” said Darrell Taylor, the school system’s transportation director, “we really love this”.

Report on MARWIS in use of School Buses of Forsyth Schools in Winston-Salem:

MARWIS is making moves all over world this winter. MARWIS is on your throughout Europe and driving around various urban areas throughout the USA and Canada. See what MARWIS can do to make your city safer. Talk to us today about taking one for a spin. 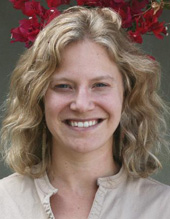