When driving attentively on the motorways you can discover a lot of road sensors. There are stationary sensors embedded into the road surface or – for some years now – non-invasive ones, which sometimes are the only solution to generate measurement data on bridges. Recently also mobile road sensors, installed on driving vehicles, were added to this list.

The European norm DIN EN 15518-3:2011 is a guideline for stationary sensors for road weather information systems and describes their requirements.

The European standards are abbreviated as “DIN EN” in Germany and have the same numbers as the EN norms. Technical specifications are always used as “CEN/TS”. In Germany these are called “DIN SPEC” and are referred to as “pre-norm”. Also the CEN/TS 15518-4 has its own pre-norm number: DIN SPEC 30748 respectively DIN CEN/TS 15518-4.

In some countries, road weather sensor-related certificates from accredited testing institutions are requested in tenders. Are such certificates even available?

At present, there isn’t known one single competent inspection lab, whose inspection procedure is approved according to CEN/TS 15518-4 officially by a responsible accreditation body. Also the inspection lab of the German Federal Highway Research Institute (BASt) informed about the fact, that it doesn’t issue certificates because of the lack of an official accreditation. Therefore not a single sensor is available or even known on the market which could get certified by an official accredited laboratory in accordance with the norm EN 15518-3:2011 through a CEN/TS 15518-4:2013 conform inspection process.

Even less likely is the possibility that a certificate can be issued for contactless stationary or mobile road condition sensors, because there is neither a valid norm, nor a technical specification for a suitable inspection process.

However, in more and more procurement procedure tenders is called for certificates from accredited inspection bodies, confirming the road sensor to fulfil the DIN EN 15518-3:2011 norm, to be tested according to CEN/TS 15518-4:2013 and to provide a certification.

The reason for this can lie in the fact that in the past, road the building authority’s as well as the German Federal Highway Research Institute’s (BASt) inspection labs examined and issued test reports on behalf of the sensors’ producers under the terms of EN 15518-3. But: tests which are carried out in the style of the early draft version of CEN/TS 15518-4 can’t be valid any longer. The technical specifications of CEN/TS 15518-4:2013 published in April 2013 underwent essential changes respectively corrections after 2011. Amongst others, also the specifications of the test solutions for freezing temperature testing were corrected. Furthermore it needs to be considered, that the inspection procedure related CEN/TS doesn’t count as norm (already). In Germany it is also described as DIN SPEC meaning pre-norm.

The active freezing temperature sensor ARS31Pro-UMB from Lufft was proven successfully by the BASt following the valid inspection rules of CEN/TS 15518-4:2013. The methods and results are reported comprehensively, confirming that the freezing temperature results fulfil the DIN EN 15518-3:2011 requirements.

The RWIS project group within the CEN TC337 WG1 (winter service equipment and products) is working on an update of the DIN EN 15518-3 regarding the contactless road condition sensors. It will not be released until 2016. After the completion of the EN 15518-3 update (for stationary installations) also the draft of DIN EN 15518 part 6 will probably be continued. This refers to mobile road weather sensors. A publication will take place in the year 2017 at the earliest.

As you can see, the responsible committees are working on a suitable solution, which makes the certification of embedded and spectroscopic traffic related sensors possible. Until then, I recommend you relying on the competent advice of our service team.

How Your Road Weather Stations Remain Precise into Old Age 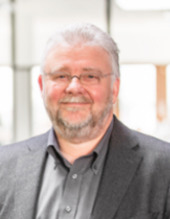 My name is Karl E. Schedler. I work for Lufft a consultant in product and project management as well as customer service. I am also an expert in road weather information systems.

How Your Road Weather Stations Remain Precise into Old Age