Do you already know our system partner GRIMM Aerosol Technology? Their aerosol measuring systems are in use all over the world where the focus lies on inorganic and organic aerosols as well as greenhouse gase. In the following article we present you three spectacular applications in the deepest jungle, on a frosty mountain peak and in a busy metropolitan area…

GRIMM Aerosol Technik GmbH & Co. KG is a global company in the field of environmental and occupational safety monitoring. Authorities, research and teaching facilities, safety engineers and accredited bodies use our measuring systems e.g. for air-condition monitoring for more than 30 years already. Moreover we also offer systems for optical fine dust measurement, which bear the “Made in Europe” seal. Since 1 October 2015 we are a member of the DURAG GROUP.

We are the world’s only manufacturer offering weather-proof ultra-fine particles (UFP) measuring devices for long-term outdoor use, which deliver the aerosol distribution including all mass values ​​in a range from 4 nm to 32 μm. Our complete systems are available as both portable and stationary models. One example is the EDM 164 Grimm Aerosol Meter – a compact and autonomous system that can be used anywhere in the field. It is equipped with a Lufft All-in-One weather sensor, in addition to an aerosol spectrometer, a data logger, a data transmission unit, a pump and a GPS device. EDM164 simultaneously issues the particle distribution, the total counts as well as PM1, PM2.5, PM10 and TSP in 31 channels.

To monitor weather data, a WS600 compact weather sensor from Lufft forms the top of the measuring unit. Its data on wind speed, precipitation, relative humidity and temperature plays an important role in the observation as well as prediction of the particle distribution.

The EDM180 aerosol or air quality measuring system mounted in containers can be found e.g. in the Himalayas at altitudes of up to 5,000 meters. There, it withstands snowstorms and extreme cold.

ICIMOD installed five monitoring systems in total. They consist of a WS600 all-in-one meteo sensor from Lufft, a fine dust particle monitor, a data logger and a temperature-humidity sensor. The systems are used for real-time monitoring, identifying trends and preparing forecasts.

More will follow, as the DOE (Department of Environment) plans to construct a nationwide dust measuring network. Integrated into a networked data surface, the intelligent system detects an overshooting of set limits and alerts on high fine dust levels. In such cases, there is a need to restrict activities where pollutants are emitted. The limits are based on the guidelines of the World Health Organization.

“The problem is that there are many different sources of air pollution. Some of them are quite difficult to control,” explains Arnico Panday, atmospheric scientist at ICIMOD. One example is road traffic. If the PM10 level rises over 100, inhabitants should stop using their cars, scooters or motorcycles. However, this is almost impossible. The same applies to agriculturual fires.

The measurements are publicly available on the website of the Nepalese Ministry of Population and Environment.

It remains exciting which measures the Nepalese government will take to clean the air. The first step, to create awareness and education for the acute situation, is done in any case.

Metro Manila, the metropolitan area around the city of Manila, appears to be one of the most heavily fine dust polluted regions in Southeast Asia. At least, the inhabitants feel like this, because until recently no one could measure it. Three GRIMM EDM 365 systems are now deployed within the region to change and provide proof of this. The automatic stations installed in Quezon, Makati and Baclaran (Parañaque) measure particle levels and environmental parameters, air temperature and wind. More will follow successively.

Eduardo Yap, President of the Rotary Club Makati (RCM) confirmed: A major problem is that although the Clean Air Act was settled already, the implementation hasn’t succeeded, yet. Now, the advice and real-time data on air quality, which have been made available on a website since March 2017, will initially help to educate citizens. It gives them the first opportunity to take adequate precautionary measures to avoid emphysema or even lung cancer. In particular, this affects residents who have been exposed to polluted air for several decades.

The stations were financed by the Philippine Lung Center and the Rotary Club Manila. The project takes place in cooperation with the Institute of Environmental Sciences and Meteorology of the University of Philippines (UP IESM).

The “ATTO” – a measuring tower in the middle of the Amazon

The ATTO (Amazonian Tall Tower Observatory) is another special project in which GRIMM measurement technology is involved. The 325 meter high measuring tower is located in the middle of the Brazilian rainforest. It is equipped, amongst others, with a GRIMM “Wide Range Aerosol Spectrometer” EDM 665.

The masterminds behind the German-Brazilian project come from the Max Planck Institute for Chemistry in Mainz, the Instituto Nacional de Pesquisas da Amazonia (INPA) in Manaus, Brazil as well as the Universidade do Estado do Amazonas, UEA in Manaus, Brazil. By combining data about aerosol sizes, chemical compositions and meteorological backward trajectories, the researchers can determine where the particles come from. In this way, transatlantic intercontinental movements of long-range transports as well as regions of origin can be identified.

After a construction period of about one year, the participants put the plant into operation on 22 August 2015. It provides continuous data on greenhouse gases, aerosol particles, cloud properties, boundary layers and the transport of air masses. Thus, the measuring system is an important facility for researching the interaction between tropical rainforests and the atmosphere. According to Antonio Manzi, INPA scientist and Brazilian project coordinator, the results of the measurements can be used to create many weather forecasts and climate projections. They help to develop environmental policy and global climate targets, as the Amazon is like one of the lungs of our earth.

During the inauguration, Ferdi Schüth, vice president of the Max Planck Society explained, that ATTO is a milestone in the exploration of the Earth system. The generated data of this new measuring tower is used in models for predicting climate change.

As the location is largely remote from human influences, it provides relatively unadulterated measurements. It takes place in higher air layers and is more continuous than ever before. Using a meteo station, which is located at the top of the tower, the scientists are investigating how the large forest changes due to large air masses crossing the rainforest. Through this, it is also possible to better understand sources and sinks of greenhouse gases such as carbon dioxide, methane, di-nitric oxide.

The costs of approximately 8.4 million euros for the ATTO construction and the first five years of operation were split equally between the German and Brazilian participants. The funds come from the Federal Ministry of Science, Technology and Innovation as well as from the government of the Federal State of Amazonas.

You have questions or are interested in our sensors? 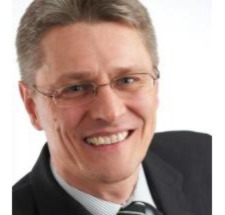 Hello my name is Volker Ziegler and I'm general as well as sales manager at Grimm Aerosoltechnik GmbH & CO.KG in Ainring, Germany.