The free port of Ventspils in Latvia has existed since 1263 and developed in the 17th century to an important member of the Hanseatic League, the association of North German trading cities and supplier of ships which were sold all over Europe.

At the end of the 19th century, the free port of Ventspils was part of the Russian Empire and the first Baltic Sea port to be connected by rail with the interior and major cities such as Moscow and Rybinsk. During the rule of the Soviet Union, it developed into a shipment centre for oil and petroleum products and was connected to the Russian oil fields by a pipeline. The world’s largest terminal for handling liquid chemicals (ammonia) and potassium salt was also added.

Today, the year-round ice-free deep-water port is the largest of Latvia in terms of cargo handling and is one of Europe’s 20 most important ports for transporting a wide variety of cargoes, such as petroleum products, crude oil, various liquid chemicals, mineral fertilizers, various metals, wood products, coal, grain and juice concentrates.

As the free port is located in the immediate vicinity of the city of Ventspils, strong chemical odours are drawn into the city on some days during transport and transshipment. This was the reason for long disputes between those responsible for the free port and the inhabitants of Ventspils. They were now able to agree that the port operators will trace the origin of these smells and, if they actually arise during transshipment at the free port, find a way to lead them in a different direction.

To record the strength and direction of the coastal winds, our Latvian partner Kemek Engineering, SIA prepared the switch cabinets so that the data from the VENTUS ultrasonic wind sensors could be read out and sent safely to the specified IP address. They set up the nine control cabinet systems and tested them. A system integrator took care of installing them together with digital systems to detect scents in the port of Ventspils. The system transmits the measurement data directly to the customer’s website. All nine VENTUS were installed at the beginning of the year and integrated into the monitoring system. Since then, they have been running perfectly and providing plausible data.

Do you have questions or want to request an offer?

What are the Advantages of Ultrasonic Wind Sensors? 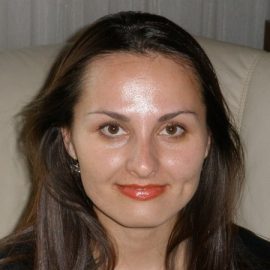 My name is Svetlana Kuzmina and I've work as a Lufft sales manager since 2011. As main contact person for our European partners and customers I’m always happy to help them in finding the right technology for their individual application.

What are the Advantages of Ultrasonic Wind Sensors?