As motorists in the Stuttgart area, we are constantly choked by traffic congestion and all too often suffer damages because of it. As human beings we will never get used to these conditions. Traffic jams make drivers aggressive. Once the jam clears, everyone can see the intensity and speed with which frustration emerges.

Congestion is a major cost factor for the economy. Given the competitive global markets, it is becoming increasingly difficult to spend precious and expensive productive time stuck in traffic. Emerging megacities in Asia are experiencing these congestion problems on an even greater scale. The use of intelligent traffic control systems represents a major opportunity for the Western industrialized nations to ensure that they remain competitive for the long term.

In Baden-Württemberg public funds are no longer being invested in intelligent traffic control since the so-called “smart road” B27 (Tübingen-Stuttgart) was built. One exception, however, is the section of the A8 motorway between Stuttgart and Ulm. On this stretch of the Autobahn, variable message signs are operated to inform motorists of the optimum speed based on current weather and traffic conditions in conjunction with existing road construction activities. The particular focus here has long been on finding ways to measure fog conditions on this stretch of highway. The knowledgeable eye will see that this 80 km stretch of highway is surrounded by a forest of visibility sensors designed to help prevent accidents in the frequent local fog. High hopes are pinned on the SBA (Road Management System), which is expected to be launched in July 2012 on the A8 between Wendlingen and Leonberg south of Stuttgart.

In contrast to the homogeneous speeds on the interstates of the United States, traffic on the German Autobahn can flow at extremely uneven speeds given the lack of a speed limit. These varying speeds— ranging from 80 km/h (50 mph) for trucks to 250 km/h (155 mph) for the fastest cars—frequently result in traffic jams “appearing out of thin air”. When the slow truck tries to pull away from the pack, the fast cars (hopefully) slow down in time, with each subsequent car having to brake harder, until … traffic comes to a standstill!
The measurement of traffic density and the typical classes of vehicles (cars, trucks, motorcycles, etc.) allows intelligent traffic control systems to designate ideal speed limits based on this rule of thumb: “the more traffic, the lower the recommended speed to avoid traffic jams.” To prevent traffic from getting bogged down while allowing maximum traffic flow in any given section of the road, the speed on the Autobahn sometimes has to be 60 km/h (40 mph) or less. These semi-automatic settings can be manually overridden by operators in the traffic control center at any time. In conjunction with opening a temporary hard shoulder to traffic during rush hour, this allows an increase in the typical traffic throughput of significantly more than 10 percent.
Road management systems integrate both the first set of functions based on traffic control with group 3 functions based on weather. Circumstances which can impact driving conditions include wind gusts, rain, hydroplaning, ice, snow, and fog. By integrating this data, weather-related speed limits can be set. For the A8 project, Lufft’s innovative, non-contact sensors for measuring road surface conditions (NIRS31) are being used.

When the project was planned, this technology was not yet known. Those planning the project really showed their expertise in being able to integrate innovation as it was happening into their existing plans. Normally, projects are carried out based on plans made years in advance. In this case, the planners saw an innovative product that would improve their project and reacted accordingly. Of course, the technology was first tested in an intensive series of studies for this particular application.

The next generation of road management systems

Road management systems will soon be used for weighing trucks with “weigh-in-motion” sensors and not requiring weigh stations which can cause traffic backups as well. As a rule, only a few (overloaded) trucks are the ones causing major damage to the highways. The new sensor technology will be able to point to the cause of damage on the highways.
The road management system on the A8 will certainly not solve all of our congestion problems, but will be sufficient to keep the traffic flowing in those places with enough road capacity. The state of the art in road management systems and sensors is evident in these environmental sensors and variable message signs. In the coming year, an identical system will go into operation on the A81 between Ludwigsburg and Heilbronn. The economy will be pleased. 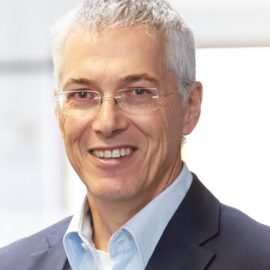