The De Aar Solar farm is the largest solar farm ever completed in the Southern Hemisphere, Africa and the Middle East region. It’s placed six km away from De Aar in the Northern Cape. The farm expands over 100 hectares of the Emthanjeni Municipality – a local municipality in the Pixley ka Seme District.

Construction teams started the deployment in December 2012; the operation started in mid-2014. Since then, the solar farm produces power of 85,458 MWh per year, supplying enough clean, renewable energy for more than 19,000 South African homes. Through this, annual CO2 emissions of 82,000 Tons are avoided, meaning 1,640,800 Tons over the whole solar farm lifetime. Moreover, it saves 100,000,000 Liters water per year.

The municipality benefits from the project not only with regards to environment protection but also in other aspects. It’s attractive for the siting of new businesses, supports socio-economic development and creates new procurement opportunities.

The solar park is monitored, amongst others, by a WS600 all-in-one weather sensor measuring precipitation, temperature, relative humidity, air pressure and wind. The monitoring system was installed by the company InAccess – one of the best customers of AEVEKO. The WS600 data is collected by a monitoring system provided by InAccess and used to calculate the plant’s performance.

You’re interested in our products or want to have further information? 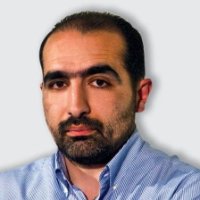 Nektarios Saroukos holds a degree in electrical engineering and has been working for the engineering and technical office AEVEKO in Athens since 2007. Here, he's responsible for the distribution and technical support of electromechanical products, which are used in, amongst others, road and rail tunnels, power plants and refineries. Since 2001, AEVEKO is exclusive Lufft partner selling their traffic and meteo products throughout Greece.