Lufft is constantly updating its product line with sensors that integrate numerous new features. Therefore, software and tools must be kept up to date to support these new possibilities. We at Lufft’s Software-Development department are constantly involved to implement these features and honor the customers requests. In the end, even the best sensor needs a tool to be configured and queried.

ConfigTool .NET is the modern and attractive way to configure all Lufft UMB sensors. The design complies with the current Microsoft and Google guidelines, so that even the new user feels “at home” instantly. Since its introduction nearly two years ago, ConfigTool .NET has earned worldwide acceptance and replaced its predecessor.

The biggest change in version 1.4 is the way the communication settings are handled. Previously it was only possible to combine devices into a workspace that shared the same connection, such as a RS-485 serial connection. Now, more and more sensors offer IP-based connections such as Ethernet and/or WiFi. It was necessary to support these sensors properly: As before, multiple devices can share a connection, or may define their own connection settings. For the first time, it is now possible to query multiple IP-based devices and/or serial devices at the same time. Therefore, the connection settings have moved from program preferences to workspace- and device-setting screens.

Starting summer 2018, IP-based Lufft sensors will have a feature that enabled users to find the device in the local network. This is quite useful when the sensor got its IP address from a DHCP server. This functionality is supported by ConfigTool .NET, of course: When adding an IP-based device to a workspace, the user is shown a list of all devices that have been discovered in the network. The user only needs to choose from the list and all other settings that are necessary are changed automatically. When the address of a devices that is already in the workspace changes, the user is informed by a popup message and may accept the changes so that he/she is not plagued by unexpected timeouts.

We at Lufft are developing products for the customer. Extensive evaluation and test phases with users, both internal and external, precede every release. The following innovations have been developed to suggestions from these tests:

For the first time, the program is available in simplified Chinese. Other localizations will follow.

The mobile version of ConfigTool for Android devices has been updated to version 1.1 as well. The design follows even more the lead of the desktop version. It now features the Tab layout of the main screen as well, so that the transition between mobile and desktop is even more fluent. The current version may be downloaded from the Google Play Store or the Huawei App Store.

Did you know? Measurement data may be exported directly to Microsoft Excel as *.xlsx file. No more delimiter disaster or decimal point or comma confusion.

You want to find out more?

The new user and client server administration of SmartGraph 3 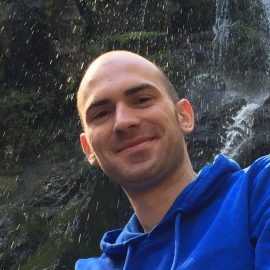 Florian is a software developer at Lufft. His programs process measurement data in numerous Lufft sensors, as well as on Windows-, Linux- and Android-platforms.

The new user and client server administration of SmartGraph 3