The Circuit Ricardo Tormo (overall name: Circuit de la Comunitat Valenciana Ricardo Tormo) is a 4 km long motor racing circuit near Valencia, Spain. It is named after the former Spanish motorcycle racer Ricardo Tormo, who was born in this region.

The circuit has existed since 1999 and was inaugurated trough Valencia Grand Prix during the Motorcycle World Championship. Since then it has been the venue for international racing world championships such as the Superbike World Championship, the FIA GT Championship – a racing series in which near-series super sports cars and sports cars were used – and the World Touring Car Championship. In 2010, a DTM, a race for competition vehicles derived from a production vehicle, also took place here. Furthermore, the course often serves as a test track for Formula 1 teams, for which it is particularly suitable due to the mild climate.

In the beginning of April, Spanish Lufft partner SICO installed an ultra-modern weather station along the Ricardo Tormo racing course. As soon as its test phase will be over, real-time weather data will be made available to the measuring station on the site and on the track’s official website.

A SICO RAPITLog data logger collects the data and adapts it to the web and TV platforms required by the race track’s technical management.

The weather station enables the automatic collection of all relevant weather information that is of interest to the racing teams, fans and the public.

Would you like to learn more about the All-in-One sensors or do you have any questions?

How a Lufft weather sensor got on a 50 m high tower in Braunschweig, Germany 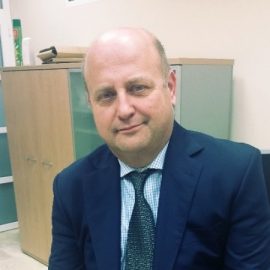 Antonio Cogollos is Managing Director of SICO and SETCAMP. Here he is responsible for the sales and project management of meteorology, traffic weather and ice alert systems. SICO is an exclusive partner of Lufft for many years in Spain.

How a Lufft weather sensor got on a 50 m high tower in Braunschweig, Germany