The ski lift in Visperterminen Rothorli leads from the village through pinewoods to the 2300m high winter sports region. On August 15, 2018 a Lufft WS600 weather station was installed and put into operation. Its main task is to provide the lift staff and piste team with climate data in winter. The data helps with important decisions, such as whether the lift can be opened at all in strong winds and whether and how the slope preparation should take place. In summer, the data is used for hikers, cyclists and motorcyclists.

We from Meteo Oberwallis decided to use Lufft sensors because the weather stations of other manufacturers couldn’t withstand the harsh climate. Cup anemometers, for example, froze up in winter or became a victim to storms. With the new Lufft sensors, this is now a thing of the past. In contrast to mechanical measuring instruments, they don’t have moving wear parts, which ensures that they run stable and maintenance-free in the long term.

The Visperterminen Rothorli Nord station is our second Lufft weather station already. The first one is deployed on the Saas Fee Plattjen mountain at 2571m altitude.

The installation of a third station equipped with a Lufft WS500 weather sensor is planned for mid-September. We will install it on an exposed hill where four weather stations from other manufacturers already got broken too early. We expect that the planned Lufft station will prove its worth in this difficult location and will withstand it in the long term.

The Meteo Oberwallis weather portal is privately owned and we installed almost all weather stations and webcams ourselves. We are delighted that the cooperation with Lufft has run so smoothly, that the stations provide precise data and that we will soon be able to install and operate more of these wonderful stations! 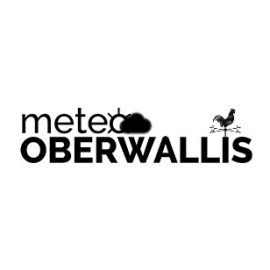