In the course of the last winter, the city of Amsterdam tested the mobile road weather sensor MARWIS on a patrol vehicle. They installed the sensor in front of the vehicle shortening the distance between the Bluetooth transmitter and the receiver. Most of the users install the sensor at the back of their car or at the side of their truck, but in this test, the new position proved itself: All measurements were accurate and reached the output device reliably. However, it turned out that the sensor shouldn’t be monted in the center between the front tires, since even in only a few centimeters away from the tires, the conditions can differ extremely. In addition, the sensor shouldn’t hit the white road marking, as this influences the reflection negatively.

The MARWIS delivers road and ambient temperatures, dew points, water film heights, ice percentage, friction, relative humidity and the road conditions dry, moist, wet, ice, snow, critical and chemically wet. It sends the measured data directly via Bluetooth to a tablet or smartphone in the vehicle cabin, where it’s displayed on a map and in a table. A wired transmission solution is allowed by an integrated RS485 and CAN bus connection.

In Amsterdam, they used a tablet to pass all measurement data to the server in the operation centre in real time. There, the operations manager views the data on the Lufft monitoring and evaluation software ViewMondo. Thanks to MARWIS, he knows exactly where and how much de-icing material is needed and reports this back to his on-site task force.

ViewMondo stores all data as a log file in its server. Through this, the city administration can review all data, if necessary, e.g. as evidence after a traffic accident.

In the past, the winter service of Amsterdam had focused only on road surface temperature and de-icer as soon as it was below 0 °C. With the new technology, there are completely new possibilities; decisions regarding the amount of the de-icing agent can be made more quickly and more efficiently. Using the friction and the ice percentage values, operation managers can figure out when the road starts to freeze, and take appropriate preventive measures. In addition, the sensor informs the user whether a residual amount of de-icing agent is still present on the road surface, so the winter service can decide if further de-icing is necessary or if a smaller quantity is sufficient.

So far, all of these tasks have been done manually. In future, MARWIS will control the PLC of a spreader automatically by means of the CAN bus connection and thereby both de-icing material and money can be safed. Moreover, it reduces negative environmental influences.

The MARWIS firmware updates automatically as soon as the MARWIS app is started. So users always have the latest firmware version on their device. All firmware and app upgrades are free of charge.

The testers in Amsterdam reported that the sensor proved particularly suitable for the detection of microclimates, which often occur on bridges or open fields. With MARWIS such critical spots can easily be revealed.

The sensor lenses were not checked or cleaned over the whole winter. When the sensor was checked afterwards, the lenses were still clean. The MARWIS cover protects the lenses not only from dust, dirt and spray but also from direct sunlight.

Also the type of road surface (e.g. asphalt) had no influences on the measurement.

All in all, the city management is satisfied with the test results. They are now planning to continue using MARWIS as part of their winter service equipment. They were also very satisfied with the support with the installation and operation they received during the test phase.

You want to know more about MARWIS or request a quote?

A successful week at Intertraffic Amsterdam 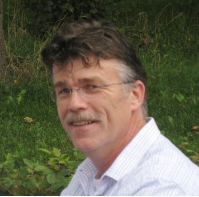 My name is Rob ter Brake and since September 2016 I'm responsible for the business development in The Netherlands for all the products within the OTT product range (OTT Hydromet, Lufft, Seabird Coastal, Sutron and Adcon). Besides that I advise on international business and product development.

A successful week at Intertraffic Amsterdam