Haiyan, Katrina, Kyrill, Nargis – even years later these names of storms are echoing in our minds and in the affected areas sometimes even decades. Hurricanes can cause devastating damage and claim thousands of lives. Whether they are called typhoon, hurricane, hurricane or cyclone is only a regional term.

In addition to air pressure and diameter, an important parameter used by meteorologists to describe hurricanes is wind speed. The storms mentioned all made the news with figures of over 200 kilometres per hour, Typhoon Haiyan even reached 315 km/h. Here is an overview of the storms, their dimensions and effects.

Now the measurement of wind speeds is a science of its own. The speed data refer to values averaged over one minute. Consequently, the winds reached even higher speeds at their peak. However, for several reasons it does not make sense to show the maximum value, quasi the strongest gust of wind.

On the one hand, very short wind peaks carry little energy and thus a low damage potential. The longer a wind blows, the greater the energy it transfers to anything that gets in its way. On the other hand, different measuring methods react to a gust of wind with different strengths or at different speeds. Analogue cup anemometers (anemometers are wind gauges), for example, require a certain start-up time due to their mechanical resistance. They therefore react more inertly and cannot detect very short gusts of wind comprehensively. Ultrasonic sensors are capable of this and function without moving parts, i.e. they have no bearings that could be damaged. However, in cold regions, they need enough electricity for the integrated heating system to keep themselves free of icing. Basically, anemometers are categorized according to four measuring principles:

Away from strong hurricanes meteorologists use the measurement parameter wind gust. Instead of averaging the wind speed over a whole minute or even ten minutes, they consider shorter wind pulses of 3 to 20 seconds. The measuring instruments therefore always indicate the average value of all values recorded in the past 3 to 20 seconds. Thus, meteorologists obtain a value that is, firstly, more informative than a very short gust of wind and, secondly, allows a better comparison of different measuring methods. The following illustration shows the difference between the maximum measured value and the Gust value averaged over 3 seconds, i.e. the strength of the wind gust.

For the technical definition of a wind gust there are different specifications. A frequent recommendation by weather services and the World Meteorological Organization WMO states:

In the illustration (interval over 70 seconds), the device would thus output 0.6 as the highest value, measured at about 11 seconds.

Implementation of wind gust measurement in Ventus and V200A

To enable you to measure wind gusts simply and reliably, we have updated our ultrasonic anemometers Lufft Ventus and Lufft V200A. Without any additional logger or computer, the devices with the firmware update version 33 now output the wind gust values in addition to all known data. Our sensors Ventus and V200A calculate the gust value from all measured values of the last 3 seconds and update it with a frequency of 4 Hertz, i.e. every 250 milliseconds. The highest Gust value per 10-minute interval is then transmitted.

Further information can be found on the respective product pages for the Lufft ultrasonic anemometers Ventus, V200A and the new Ventus X for use in extreme cold.

Cities in France become smarter thanks to Lufft Sensors 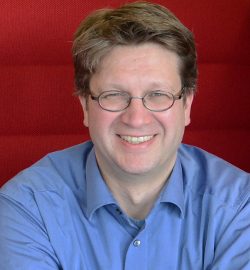 My name is Holger Wille and I work as manager of the 2014 founded Lufft Berlin site. There, we are occupied with the sales and the development of optical laser sensors. In the moment we are focused on snow height and cloud height sensors. For this product area I work as product manager mediating between sales, production and development. Furthermore I participate as an expert in the NA134 of the VDI.

Cities in France become smarter thanks to Lufft Sensors