The Alpine Ski World Cup of the International Ski Federation (FIS) is the international premier class of alpine ski tournaments. The FIS was founded in 1966 by a group of ski experts and the first World Cup was held in Winter 1967/68. Since then, it took place annually from October to March and at several locations worldwide. The current 53rd season started in Sölden, Austria and ends in Soldeu, Andorra in mid-March 2019.

On the weekend of January 11th and 12th the Audi FIS Ski World Cup arrived in Adelboden, Switzerland. The "Chuenisbaergli" provided best location and weather conditions for the giant slalom races. They were, amongst others, monitored by the Lufft SHM31 snow depth sensor. The data visualization was provided by the MeteoGroup; the Lufft sensor was provided by OTT Switzerland.

"The Lufft SHM31 at Chuenisbärgli helps the Ski World Cup team enormously! Depending on the amount of new snow, more or less manpower is needed to clear the snow," confirms Joachim Schug, Senior Meteorologist at MeteoGroup Switzerland. 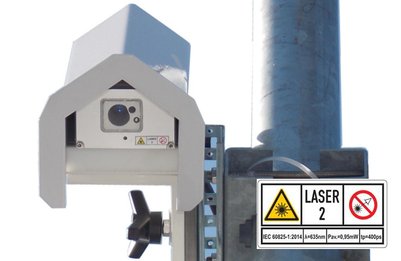 The laser-based snow depth sensor Lufft SHM31 stands for millimeter-accurate snow level detection over long distances in all weather conditions without any maintenance, due to opto-electronic/laser based rangefinder technology.

The laser-based snow depth sensor Lufft SHM 31 stands for millimeter-accurate snow level detection over long distances in all weather conditions without any maintenance, due to opto-electronic/laser based rangefinder technology.