Hydro-Meteorology
Show all applications Close
lufft.comProjectsOTT Pluvio² L in use for a research project in Antarctica

OTT Pluvio² L in use for a research project in Antarctica

Close to McMurdo Station in Antarctica, researchers from the University of Colorado, Boulder and the National Center for Atmospheric Research are investigating methods to measure the accumulating snowfall in the harsh Antarctic environment. These measurements are important to better understand the potential for sea level rise in the future due to climate change. Measuring snowfall in the Antarctic environment is particularly challenging because it's difficult to distinguish between falling snow and blowing snow. The researchers, funded by the National Science Foundation, which is responsible for the U.S. Antarctic Program, are meeting this challenge through the use of a special-designed APS (Antarctic Precipitation System).

"We want to demonstrate that we now have the capability to measure the really small amounts of snow that accumulate from event to event in the Antarctic environment" explained Scott Landolt, Associate Scientist with the National Center for Atmospheric Research. To help achieve the research objectives, the team has deployed snowfall collection instruments including a particle size measurement sensor and an elevated (~ 3.5 meters above the ground) and wind screen-protected OTT Pluvio² precipitation gauge. The height of the precipitation gauge above ground helps it to avoid measuring some of the blowing snow and the wind screen to slow the wind and help improve the snowfall collection capabilities of the gauge. The sensor suite also includes additional weather measurements including temperature, wind speed, and accumulating snow height. A day and night webcam is used to monitor the sensors. A nearby Antarctic Weather Station (AWS) from the University of Wisconsin-Madison serves as a backup for some of these measurements. In total, four APS sensor suites are now deployed, which will run for two years: One at Williams Airfield and one at Phoenix Airfield near McMurdo Station, one at the "Lorne" AWS site 50 miles Southeast of McMurdo on the Ross Ice Shelf and one at "Tall Tower", which could soon become the most important US meteorological observatory in Antarctica and lies about 100 miles southeast of McMurdo Station.

Learn more about the Pluvio²

Learn more about the Research Station in the Antarctica 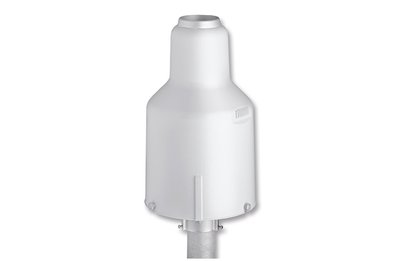 The OTT Pluvio² L is an all-weather precipitation gauge that uses superior weight-based technology to measure the amount and intensity of rain, snow, and hail. 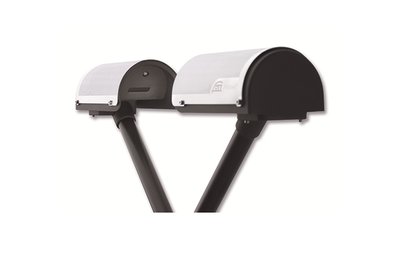 The OTT Parsivel² is a modern laser disdrometer for comprehensive measurement of all precipitation types. The Parsivel² captures both the size and speed of falling particles, classifying them into one of 32 separate size and velocity classes.