In a project, launched in January 2016, the Norwegian airport systems integrator Avinor has tested a new VENTUS-UMB model with an enhanced heating power. Two of the new models have run in the field, installed at the most extreme sites in Norway, where they are delivering wind data reliably ever since their installation.

One is placed at the top of Kjølen mountain, close to Tromsø Airport, at a height of 2,600ft. Here, the average winter temperature is -5°C. The second one VENTUS-X is installed at the top of Rustadfjell mountain, near Bardufoss Airport. At 1,100ft, the site commonly experiences temperatures of -10°C in January. Both locations are very windy and experience numerous snow showers in winter.

“The new sensors are much improved and stability is now as good as our users could wish,” says Avinor system manager Sander Bjørn Hansen. 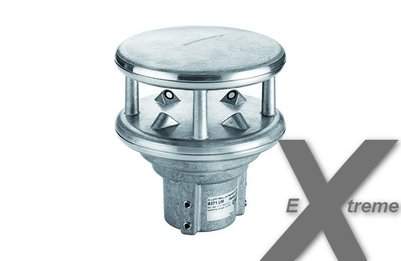 VENTUS-X: Additional transducer heater for most eXtreme environmental conditions! Extremely precise and maintenance-free measurement of wind speed and wind direction even in the lowest temperature

Additional transducer heater for most eXtreme environmental conditions! It measures wind speed and wind direction according to the WMO guideline and acquires the barometric pressure.