Hydro-Meteorology
Show all applications Close
lufft.comProjectsWind energy in Norway - Icing of wind sensors? Not with the ultrasonic wind sensor VENTUS!

Wind energy in Norway - Icing of wind sensors? Not with the ultrasonic wind sensor VENTUS!

Renewable energy in Norway is getting more and more important! The government has spent the goal that the use of renewable energy should increase strongly over the next years. Wind power plays a major role in this endeavor. Norway is climatically and topographically one of the most interesting locations for wind energy in Europe - but it is barely tapped by now. Our customer, the power company "Nordkraft Vind" wanted to change this and therefore built the wind farm "Nygardsfjellet" in the region Narvik.

Initially, the system was only equipped with cups and vanes to measure wind speed and direction. But the extreme freezing temperatures affected the sensors with the moving parts. Therefore our customer Nordkraft decided to install the ultrasonic wind sensor VENTUS without any moving parts.

Since the installation in autumn 2014, the sensor is working properly and ice-free, even in extreme temperatures! The customer Nordkraft also expect that the lack of moving parts should reduce the need for maintenance in the long term!

The next winter can come in Norway´s Wind Farm Nygardsfjellet - thanks to VENTUS! 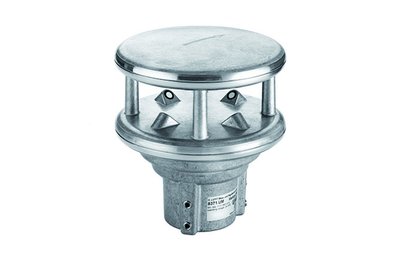